Abstract: Misinterpretations of the Buddhist Texts and the Problem of Ordination of Women

A number of Buddhist canonical texts suggest discrimination against women, such as the Buddha’s reluctance to allow women to enter the sangha, the sub-ordinate status of the bhikkhunis under the eight strict conditions (attha garudhamma), the inferior terms used for the women in the canonical texts, five obstructions of a woman, her incapability to become a Buddha etc. Based on these textual sources, even today a woman renunciant cannot become a bhikkhuni and a lay woman is treated as a polluted being. How these discriminatory expressions gradually became the hindrances to the ordination of womenfolk is discussed in this paper.

Here, the possibilities of the misreading of Buddhist texts have been examined. When reading a text, we sometimes consider the subject matter just from its ostensible meaning. This ultimately leads us into a quick mire. The problem does not lie in the scriptures themselves; rather it is our misleading interpretation that often grows out of nuances in translation. What has come down to us today as the problem of bhikkhuni ordination or gender discrimination, is possibly the outcome of misinterpretations that grew out of the socially defined realities of the times and the places where the texts were written and the linguistic demands of the target languages. It has been discussed by a close examination of key passages from Pali, Sanskrit and Chinese texts. 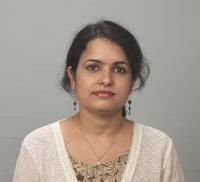 A native of India.

Received the M. A. and M.Phil degrees in Buddhist Studies from the University of Delhi, India.

Earned a Ph.D. in Buddhist Studies from Otani University, Kyoto, Japan in  2004.

At present working as a lecturer in the same university.
Primary field of research is women and Buddhism.

Worked in the Conservation project of Imperial Buddhist Nunneries in Kyoto an and Nara conducted by the Medieval Japanese Studies Institute, Kyoto.
Involved in various projects of Palmleaf manuscripts on Indology and Buddhology.

Currently preparing a biographical database on the bhikkhunis in the Pali literature with thier Chinese and Sanskrit sources.