During Sagadawa in Tibetan communities, we often expect rituals commemorating the birth, death, and parinirvana of the Buddha to be performed throughout temples and monasteries.  But pass by some of the nunneries and you shall find Tibetans led by nuns and monks practicing rituals associated with and retelling the life of an early medieval ordained nun, Dge slong ma Dpal mo.  Why does this nun stand above the rest during this time period of the Tibetan calendar?  Why does she withstand the test of time?

Dge slong ma Dpal mo was a maverick for her time.  She was an ordained nun who headed a temple and founded a fasting ritual that eventually led to the creation of lineages passed on by Rin chen bzang po, Atisha,  Jo gdan Bsod nams bzang po, ‘Od dpag rdo rje, Zhu chen Tshul khrims rin chen,  the Dalai Lama VII , and a host of others.  Her relics are kept in a medicine image of Avalokiteshvara in Zhwa lu monastery in Gtsang province, Tibet. She was also, however, a nun who suffered from leprosy and was ostracized because of it.   And despite this, she became a symbol of power and transformation for Buddhists throughout the centuries.  But what is the role of suffering in ordained women’s lives?  What role does gender play in an ordained nun’s status in a community?

This paper will examine the interrelationship and dynamics of gender and suffering in an ordained nun’s life story.  Some brief comparisons on the historical level will be made about nuns in other Mahayana traditions and renunciate women in the Theravadin traditions. 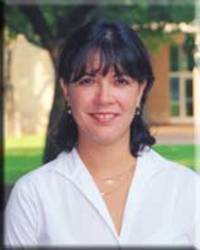 Ivette Vargas-O’Bryan, Ph.D. is an assistant professor of Asian Religions at Austin College. She received two M.A.s and a doctorate from Harvard University in the study of Indian and Buddhist Studies.  Her research and teaching focuses on Tibetan and Indian medical systems, the rhetoric of illness in Buddhist and Hindu literature, and monasticism.  She has conducted fieldwork in Nepal, India, and Tibet, as well as among Tibetan communities living in the United States. Her current manuscript under review by Columbia University Press focuses on renunciation and illness in the biographies of a Kashmiri Buddhist nun Dge slong ma Dpal mo based on textual and ethnographic research in Nepal and Tibet. In this study, Vargas intersects traditional views of illness and fasting with historical and modern anthropological perceptions of asceticism, disease, and gender empowerment.

Since 2003, Vargas has also worked on studies of klu illness in the Rgyud bzhi and klu ‘bum, the role of diagnosis of klu diseases by modern-day Tibetan physicians in Lhasa, Tibet, and the significance of klu rituals.  Her current interest lies in the intersection between the role of klu as religious and political entities in power relations of Tibetan rituals.  Vargas’s publications include studies of Dge slong ma Dpal mo, Tibetan medicine in Massachusetts, animals in Indian and Tibetan Buddhist literature, and klu and illness. 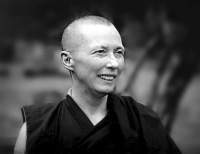