Abstract: The Vinaya Between History and Modernity: Some General Reflections

The paper will try to address some questions concerning the reintroduction of the ordination of nuns in forms of Buddhism from which it has disappeared.

There are various perspectives from which it is possible to view, analyze and understand any given religious work. A work of rules and regulations such as the code of the Buddhist monks and nuns is no exception. Each of those perspectives functions within a certain field of methods and premises, and each will yield a certain result. Paradoxically, all the results may be "true" within their respective fields, yet mutually exclusive. To give an example: Seen from an academic perspective, the Vinaya is an anonymous compendium of literature that was continuously changed, adapted and enlarged during many centuries by an unknown number of authors and redactors. Its nucleus is the Prātimokṣasūtra which in itself already reveals signs of historical development and consists of older and younger parts. Seen from the religious, i.e. the Buddhist, perspective, the Vinaya contains the word of the Buddha, and as such it represents a collection of rules and their respective interpretations which go back to the lifetime of the Buddha and were gathered shortly after his death. Those two views, the academic and the religious, are not really compatible, and to argue from an academic standpoint against a Buddhist view or vice versa will eventually lead to a futile dispute between positions marked by either belief or rationality.

However, a variant of this phenomenon seems to underly the present dispute between Buddhist traditions on the validity of their Vinaya lineages. From the historical point of view, the validity of any given lineage, be it Tibetan or Chinese, can be falsified, if data to this effect are available, but it is absolutely impossible to prove that validity, since historical research does not dispose of the means to convincingly exclude the possibility of a break in the lineage at some point in the past. Therefore, when some Tibetan Vinaya masters assert the unbroken validity of their own ordination lineage while casting doubt on the validity of the Chinese tradition, they employ rationality for doubting the one and belief for accepting the other. This implies a methodological problem and it invites the question whether it is reasonable to expect legally applicable results from the ongoing research on the validity of Vinaya lineages.

Apparently, the Buddha was a pragmatist. There are countless examples in the scriptures that illustrate how in each case the Buddha considered the specific situation of his audience and how he taught according to the needs and faculties of his listeners. Such pragmatism has not been limited to the Buddha himself; even without drawing attention to such concepts as upāya, it is easy to see it as a hallmark of Buddhism, and surely it has been one of the reasons for its tremendous success. This pragmatism allowed of adaptation and innovation by continuously modifying the received set of of rules and regulations, and it explains, for example, why monks in Tibet wear a robe very different from that worn by Sinhalese or Chinese monks. It also explains why certain rules of the Vinaya were kept, but no longer enforced, even without the explicit consent of the Buddha. One of the better known examples would be the clear-cut prohibition against a monk accepting gold and silver, i.e. money, with his own hands. There is a notable difference between the contents of some of the rules and their implementation, between the normative and the factual, a divergency which is a time-honoured and generally accepted practice. Does the observation of such divergencies have any bearing on some of the legal problems seen as an obstacle to the reintroduction of the order of nuns?

Finally, the paper will briefly deal with the Buddhist concept of śīlavrataparāmarśa, dogmatic clinging to rules and observances. 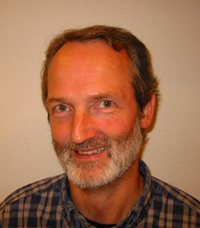