All vinaya traditions explain how a young girl first has to become a probationer (siksamana) before she can receive the full ordination. In most traditions, this obligation isincluded in the eight ‘fundamental rules’ (gurudharma) accepted by Mahaprajapati as acondition to create a nuns’ order, a bhiksunisamgha. The probationary period lasts for two years, and as a rule starts at the age of eighteen. All vinayas contain specific regulations forthis probationary period, but as we will see, these regulations raise a lot of questions. In one and the same tradition, many passages can be ambiguous or even contradictory. In addition,on many rules and regulations for the probationer, the vinayas present striking differences.These differences were introduced in China at the time of the vinaya translations.

Given the fact that a full ordination tradition for nuns survived over the past centuries only in the Chinese Dharmaguptaka lineage, this paper takes as a reference point the Dharmaguptakavinaya, while comparing it to the other Chinese vinayas for all relevant information. Although the Pali vinaya never reached the Buddhist vinaya commentators, the Chinese version of the fourth or fifth century Sinhalese commentary on it, the Samantapasadika, did. In our comparative study, we therefore also pay attention to the Pali vinaya. The first part of the article traces the vinaya regulations for the probationer, and formulates possible answers to all uncertainties that appear. In the second part, we focus on the Chinese Buddhist masters and their interpretation or application of these vinaya regulations. 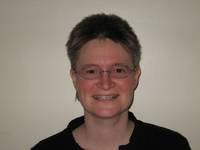