Abstract: The Revival of the Theravada Nun Order in Thailand: Scriptucal Authority and Cultural Resistance

In an on-going debate in Thai society about the possibility of reviving the Theravada order of nuns (bhikkhuni), a multitude of quite diverging opinions and arguments both for and against the revival of the ordination lineage of the bhikkhuni-order has been brought forward. Arnongst these are: Western influenced text-criticism that aims to identify the authentic stance of the historical Buddha towards bhikkhunis; reference to secular law; feminist hermeneutics; and considerations of the gender inequality in Thai society. These arguments have been countered by traditionalists who refer to canonical texts which in their view do not allow women to ordain in Theravada under the given circumstances (i.e. the non-existence of Theravada nuns who would be able to carry out their part of the ordination procedure). At the Same time, however, altematives to a nun order have been suggested, such as the amelioration of the disadvantaged social position of the long-existing maechis (white-clad women who keep the eight precepts) or the introduction of para-monastic institutions which would allow women to pursue a spiritual practise similar to that of monks.

Several institutions in Thailand have established various institutions/programmes intended to give Buddhist women a better chance to practice Buddhism or gain education in a similar way as Thai monks: e.g. the Thammacarini institution in Ratburi, the Maechi Institute located at Wat Boworn in Bangkok, the Maechi college in Khorat, the dhammamata Programme initiated by Buddhdasa and located in Suan Mok, the ten precepts-keeping sikkhamatu of Santi Asok, or the maechis of Maechi Sansani's Sathianthamsathan.

It is questionable as to how far these institutions/programrnes could be accepted as satisfying altematives by those who plead for the introduction of a 'real' nun order. In fact, previous research has shown that there exists a wide spectrurn of diverging opinions on the necessity of a nun order.

What are the arguments and motivations of Thai Buddhist women who want to ordain in Theravada Buddhism? And what are the arguments and views of women who prefer instead to continue to practice Buddhism in a more traditional way? It has been suggested that sexist biases and patriarchy are engrained in Thai Buddhism. Is this one reason why a large number of Thai Buddhist women do not pursue or even oppose the revival of a nun order in Thailand? Do the magico-animistic beliefs of the powerfül impurity of menstrual blood as opposed to the purity of monks' robes, Buddha statues, Buddhist amulets and so forth play a role in this? Is the rather low prestige of maechis in Thai society changing, or do we have to regard highly respected maechis, like Maechi Sansani, Maechi Suphaphan na Bangchang and Maechi Can Khonnokyung, as exceptions? What lies behind the initiatives of creating para-monastic institutions for women in Thai society? Do they really provide an acceptable alternative for a 'real' Theravada nun order?, especially with regard to the possibility of religious practice and the generation of merit (punnakhettam) as a result of leading a 'holy life' (similar to that of monks who keep 227 training rules)? The presentation will address these questions.

Also, I will talk about the views of the so-called siladharas, living and practising in the UK: the British Theravada (which was "imported" from Thailand) has been, on the one hand, very conservative by preserving the traditional form but, at the Same time, also innovative when it founded the siladhara (women wearing brown robes similar to monks and following a set of rules elaborated from the Ten Precepts) as an alternative to the order of nuns. 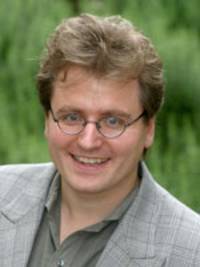 Lecturer in Thai Language and Culture. (University of Leeds, UK)

From 1997 to 2000 he was living as a Theravada Buddhist monk in the monastery Wat Umong, Chiang Mai, North-Thailand. His research interests are primarily concerned with Thai Buddhism in its historical and contemporary contexts.He is particularly interested in the life and work of Buddhadasa Bhikkhu and Phra Payutto.

Currently, he is working on the nun-ordination controversy in Thailand and, jointly with his colleague Dr. Mike Parnwell, on development monks in the northeastern region of Thailand. Dr. Seeger teaches various courses on Thai modern history, language and Theravada Buddhism.