Abstract: Vicissitudes in the Order of Buddhist Nuns during Chosŏn Korea

Chosŏn (1392-1910) was the last dynasty of pre-modern Korea. The military elites who toppled down the Buddhist state of Koryŏ (918-1391) and founded Chosŏn were ideologically armed with Confucianism, and so they condemned Buddhism from the outset of the new dynasty. As the Chosŏn court officially adopted Confucianism as the state religion and ideology, Buddhist monks and nuns were relegated to the lowest social class, along with butchers, courtesans, itinerant entertainers, and government slaves. Monks were banned from entering the capital, and many Buddhist temples were displaced from towns to mountains. Although these measures were implemented with varying degrees of severity by different kings, the anti-Buddhist policy remained unchanged in its core for nearly five hundred years until the end of Chosŏn.

My paper addresses the devastating impact of the anti-Buddhist policy on various aspects of the bhikshuni sangha of Chosŏn. While my main concern lies in the disruption of nuns’ ordination lineage during this period, the paper also aims at demonstrating the remarkable resilience of Chosŏn nuns under the harsh government control over their monastic practice tradition.
Buddhist nuns are virtually invisible in public records from this period. Snippets of information on their lives and practice are scattered in sundry places outside the official history of Korean Buddhism. Given the deplorable paucity of historical records on Chosŏn nuns, my article makes an extensive use of private journals, literary works, monastic lore and legends, and folk history. Some of the major issues that I attempt to discuss in my paper include: specifics of the anti-Buddhist policy that were pertinent to nuns and their community; possible ordination procedures for women in the increasingly hostile Confucian social milieu; and the emergence and consolidation of “monastic families” for nuns. These families were based on a bhikshuni tutelage system rather than a dharma lineage. A bhikshuni teacher (ŭnsa) and her disciple (sangjwa) formed a kind of filial relationship akin to a mother and her daughter, and this tradition has been passed down to today’s bhikshuni sangha.

Buddhist nuns of Chosŏn Korea remain an uncharted area of research. My article will show how their extraordinary struggle contributed to preserving not only the bhikshuni lineage but also the historical continuity of the Korean Buddhist tradition itself.  In doing so, the article will also clarify the broad historical backgrounds of the official reinstitution of a dual ordination for nuns in Korea in 1982.

5 Polarity between Tradition and Requirements of Modern Times, Part I

Polarity between Tradition and Requirements of Modern Times
Part II, Lecture Hall A 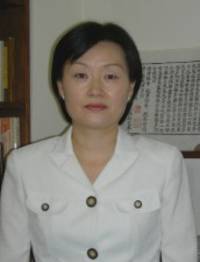 Hyangsoon Yi is Associate Professor of Comparative Literature at the University of Georgia. She graduated from Seoul National University and received a Ph.D. in English from the Pennsylvania State University. Her research areas include Korean literature and film, Irish drama, and Buddhist monasticism.

She has published articles on poet nuns of pre-modern Korea and the portrayals of Buddhist monastics in contemporary fiction and film. Her book Buddhist Nuns and Korean Literature is scheduled to be published by Yemunsŏwŏn in 2007.

She is currently working on a book manuscript on Korean Buddhist films.