Abstract: Dual Ordination in the Jogye Order of Korean Buddhism And the Dharmagupta Vinaya

This paper examines Korean bhikshuni precepts and ordination by examining dual ordination in the Jogye Order of Korean Buddhism and the Dharmagupta Vinaya.
The Jogye Order, the largest Buddhist order in Korea with a spiritual legacy of 1,600 years, is comprised of both monastics and lay devotees. Of the 13,000 monastics, about half are nuns (bhikshunis and shramaneris).

Ordination ceremonies had been performed on an individual basis, at the discretion of each temple or head monastery until 1981 when the Jogye Order mandated by law a unified platform to carry out the ordination ceremony order-wide en masse. Thus, a single monastery within the order is designated the "ordination monastery," and those who are to receive ordination in the Jogye Order are collectively ordained at this one location. 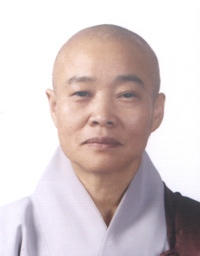