This paper will begin with a look into passages of the Dhamma-vinaya texts of the Pali Canon that have inspired a number of modern Western women to adopt the Bhikkhuni Vinaya and undertake the full and complete living of the Holy Life, contributing to the contemporary development of a Theravadan Bhikkhuni Sangha in North America.

“The Real Living of the Holy Life: Essence and Convention”

We will then look into some of the modern and historical factors with have furthered that inspiration through the lens of the author’s practical experiences and observations living and training as a bhikkhuni in countries where there is a strong Bhikkhuni Sangha (e.g. South Korea) and countries where the Bhikkhuni Sangha has lapsed (e.g. Thailand), but there is a large Buddhist population and many renunciates both male and female, some of whom still train with the Patimokkha Precepts in their entirety, (as in the Theravadan Forest Traditions).
According to the primary emphasis of the Buddha Sasana, consideration will be given to which factors and attitudes, when institutionalized with the Sangha, engender or perpetuate suffering and which perpetuate values spoken of as wholesome and liberating.
The restoration of the Korean Monastic Sangha following Japanese Occupation and the Korean War will be taken as a practical example of reclamation of an ancient tradition and path.
We will also briefly look into the conditions surrounding the founding of Dhammadharini Vihara, the first Theravadan Bhikkhuni establishment in the Western United States.

“Looking Upon One Another With Kindly Eyes: the Incredible Value of Sangha”

Finally, this paper will cover the ground of the author’s practical experience living as a Theravadan bhikkhuni keeping the Vinaya in present-day America.  This area includes the development of four types of traditional inter-relationship:
(1)    The relationship between the Theravadan Bhikkhu and Bhikkhuni Sanghas (both Western and Asian, particularly Sri Lankan and Thai lineages), and their shared Sanghakamma Acts -- both formal acts required by Vinaya (such as the Ovada Request, Pavarana, and Sikkhamana & Upasampada Ordinations), as well as informal, non-mandatory interactions which contribute to positive and wholesome building of Sangha.
(2)    The development of the bhikkhunis’ supportive relationships with fellow members of the Bhikkhuni Sangha, both Western and Asian, in America and Internationally.
(3)    The inspiration of the presence, practice and teaching of Fully Ordained Buddhist Women within the Western Theravadan Buddhist lay community.
(4)    The inspiration of such a presence within the greater American society, and its connection to ideals and visions of enlightenment.

In closing, we will affirm the harmonious vision of the Sangha of the author’s late Ordination Master, Bhante Ratanasara Sangha Nayaka Thero, the “harmonious syncretism” of the Sangha of her Bhikkhuni teachers as propounded by Korean Jogye Order Founder Bojo Chinul, and lastly the Buddha’s own words on the subject. 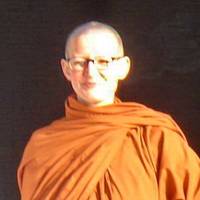 Ayya Tathaaloka Bhikkhuni was fully ordained by an International Convocation of the Sangha in America 10 Vassas past, with the late Venerable Havanpola Ratanasara, Sangha Nayaka Thero.  Her scholarship includes work in Comparative Vinaya Studies as well as in World Bhiksuni Sangha History, with in-depth study of the Bhikkhuni Sangha and its history in South Korea, the country of her Bhikkhuni teacher, Venerable Myeong Seong Sunim.

She has been involved in the foundation of the North American Bhikkhuni Association, the Dhammadharini Support Foundation and the first Theravadan Bhikkhuni Vihara in the Western United States.  In 2006, she was awarded as an Outstanding Woman in Buddhism at the United Nations in Bangkok.

Ayya Tathaaloka currently serves as Abbess of the Dhammadharini Vihara in Northern California, USA.  More information on her can be found at: www.myspace.com/ayyatathaalokabhikkhuni and at: www.dhammadharini.org.