Abstract: Recovery and Restoration of an Order of Theravada Bhikkhunis

1.  The possibility of imparting bhikshuni ordination by performing the bhikshuni ceremonial rite at present.

The Minor Precepts of Vinaya  states:

2.  What would be the result if bhikshuni ordination were to be imparted through the bhikshu ceremonial rite at the present time?

While the Buddha was alive, in response to the question asked by Utpali, the Buddha said:

Thus, this proclamation is given in the page 240 of the Vinaya text called Questions Asked.

It is not an inappropriate act if the bhikshus perform the other bhikshuni karmavidhi.

However, there are main three points on which the Vinaya-holders could not come to a common agreement:

3.  How should the decisions be made?

All matters related to the sangha should be resolved in conformity with Vinaya or without contradicting the rules of the Vinaya through assembling the Vinaya-holders as stated below:

Oh Bhikshus! When I, your Teacher, pass into parinirvana and become no more available, you should not think “Our Teacher and Teaching are missing”. That is why I told you to recite the Pratimoksha-sutras twice a month is from now on; it is your Teacher and Teaching. Oh Bhikshus! For all the subtle points of the fundamental precepts and minor precepts, you convene the sangha and discuss the issue and resolve it to reach a peaceful decision.

We should take the Vinaya, which teaches the precepts to be trained, as the substitute for the Teacher after the passing of the Buddha, just as it is stated in the Scripture on Discernment:

After my passing into parinirvana
For the ordained people to respect it
In front of the bhikshu sangha
You should earnestly praise this [Vinaya] as the Teacher.

Since the Vinaya is the discernment/judge
For individual liberation,
Those who wish to be liberated [from Samsara]
Should respect and earnestly listen to it.

Whosoever does not have this bridle [of Vinaya]
And does not wish it forever
Will be troubled by the battle of ignorance
Wandering forever without a place to hold.

The Most Excellent Venerable Master; His Holiness the Fourteenth Dalai Lama of Tibet said:

In any case, such matters related to these lineages should be discussed and decided collectively by the upholders of Tripitaka in general, and particularly by the Vinaya-holders; there is no way an individual person can make a decision.

Thus, I have presented here a short but concise article regarding bhikshuni ordination in conformity with the Vinaya scriptural citations in order to reach a final decision. I have written no deceptive words here and this article does not contain any emotional attachments. It may contain the dual taste of sour and sweet. I seek apology for the mistakes you come across, if there are any. May the merit acquired through this effort fulfill my prayers!

May the spiritual masters who glorify the Dharma live long
May all who protect Dharma have good health
And may the Buddha Dharma, the source of happiness and wellbeing
Of all the sentient beings, prevail forever.

May all be happy!
Thank you. 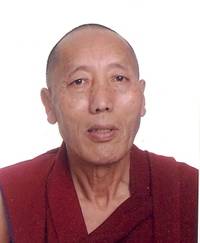